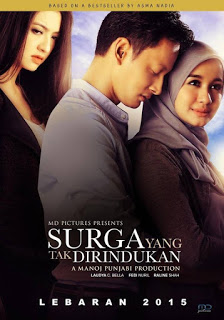 Stories about polygamy still became hits till recent days. There are pros and cons. For the pros one, they gave a reasoning that religion gave a permission on that through a strict rule. Especially in Islam law or shariah. Even though actually Islam is not the pioneer in polygamy. Several nation do this, far before Muhammad born.
For the cons, polygamy is a harrashment for women. It is something that did not reflecting gender equity at all.
Borrowing from Quraish Shihab explanations in his books, I gather several understanding, and try to reason about it. For example about gender equity which is a reason for the cons to refuse polygamy. Lets having assumption that polygamy is refused. Then, what next? What about the need of lots of women about marriage? Do we after refusing polygamy mean that the women does not need marriage? Or, sorry, do women does not need men? Once we could not gather a product of livestock, we will looking for another alternatives. I think it will be the same about marriage. Once a women could not get a men as a husband, they could possibly having affair with another woman’s husband. Is it the “best” alternatives? Let’s think about it passing the basic need, not only in the surface.
This story, about polygamy, also being screened in the 2015 Indonesian movie entitled “Surga yang Tak Dirindukan” (Unwanted Paradise). A very simple story about marriage conflict of polygamy. The conflict getting arose when Meirose (played by actress Raline Shah) became the second wife of Prasetya (played by actor Fedi Nuril). The marriage is something broken Arini’s heart (played by actress Laudya Cinthia Bella). In my opinion, the story of this movie is a really simple story, but with a strong stressing on our questions about polygamy.
Several scene left questions for the viewer. Such as in the final scene, when Meirose left Prasetya and Arini’s life. What will be done by Meirose? In what status she left Prasetya? Is she still a wife of him, or she will be divorced by Prasetya? “Surga yang Tak Dirindukan”, polygamy and a simple untold story about paradise. [Afif E.]

Link to the movie (http://www.mdpictures.co/film/surga-yang-tak-dirindukan)