Suddenly a girl, named Hazal, threw everything to Ali at his first night job in a parking lot. Ali just realized that Hazal did not recognized him, she was half blind. So he just received they stuffs she threw into.

Those scene was part of a 2014 Turkish film entitled “Sadece Sen” (Turkish: Only You). Played by Belcim Belgin as Hazal, and Ibrahim Celikkol as Ali, the film served a drama love story between a half blind girl and a former boxer. In short, Ali and Hazal was in love. For not so long, Ali just realized who Hazal was, related to his dark past. In Ali’s mind, he was the cause of Hazal’s blind eyes through an accident he was incidentally. 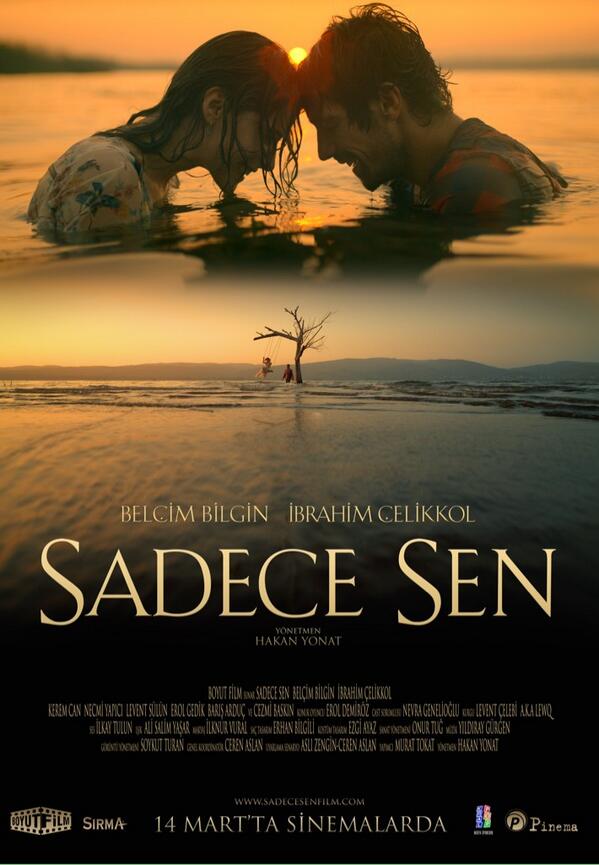 Having a guilty feeling, Ali decided to endangered his life by following a dangerous boxing competition in Bulgaria. That was for getting money for Hazal’s eye surgery. Then, is the surgery succeeded? Can Hazal knew that Ali dead for her? Then, if Ali was dead, how the love story has its ending?

Sadece Sen; a former Boxer and a half blind girl (source: sadecesenfilm.com)

This movie was a good movie by director Hakan Yonat. The plot can not be predicted, but in a simple-but-still-full-of-conflict flow. Nice film! A good cycle love story. [Afif E.]